2023: Northern Christians Threaten Not to Vote Atiku Over Trust 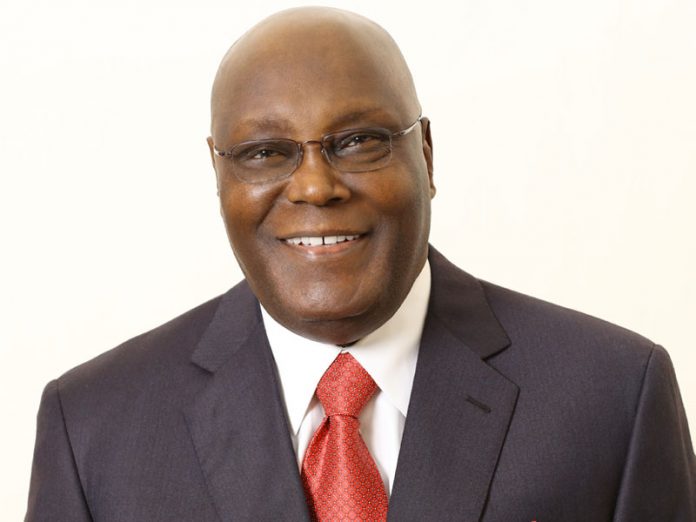 The Director-General of the Voice of Nigeria (VON), Mr Osita Okechukwu, says Northern Christians would not vote for the Peoples Democratic Party (PDP) presidential candidate, Atiku Abubakar because of lack of trust.
Okechukwu also a foundation member of the All Progressives Congress (APC), said this while answering questions from journalists in Abuja on Sunday.
Reacting to the Northern Christians outrage over APC’s Muslim-Muslim Ticket, Okechukwu said he shared their anguish on identity politics and fears.
“But I know that in the fullness of time, contrary to the speculations of spin doctors, they would not vote for the former Vice President,” he said.
He assured that whatever marginalisation the Northern Christians suffered today, they would suffer no more if the APC standard bearer, Asiwaju Bola Ahmed Tinubu becomes the President in 2023.
“Our first slogan in APC is change. Our mantra is change. We will not remain static, never. We will change whatever is not working. All we ask Nigerians is to give us another eight years as you gave our sister political party, the PDP.
“Regarding the Northern Christians outrage over APC’s Muslim-Muslim ticket; if any pundit thinks they will vote for Atiku, my answer is ‘Capital No’. No matter what, they know he is bringing nothing new to the table.
“Find out, Northern Christians do not trust Atiku. They know his cherry-picking antics as per rule of law and rotation convention. They also know his ambivalence on religion, as demonstrated in the late Deborah’s imbroglio in Sokoto, which is still fresh in the mind of every Christian.
“Secondly, they know that Tinubu and by extension the Yoruba DNA is devoid of religious extremism and bigotry. Yoruba celebrate Eid and Xmas together,” Okechukwu said.
The Enugu APC chieftain added:“As a matter of fact, without being personal, one was a witness when my dear friend, Babachir Lawal, informed the world during his Thanksgiving Church Service at ECWA Wuse, that Tinubu and Pa Akande were instrumental to his appointment as Secretary to Government of the Federation (SGF).
“May one ask, is it possible that neither Tinubu nor Pa Akande didn’t know any Northern Muslim then to lobby for? Or has Tinubu changed 360 degrees?”
“Thirdly, they’re fully aware that Atiku has violently breached the rotation convention of president from north to south and painfully by extension of the PDP’s Constitution. For Atiku rotation convention is north-south geopolitically benched, only when he wins the president. If he fails as in 2019, the rotation convention goal post must be shifted.

“It is on record that Atiku enjoyed and celebrated rotation convention when in 2018, Governor Nyeson Wike and other Southerners in obedience to the letters and spirit of Section 3(c) of PDP’s Constitution allowed only Northern presidential aspirants to contest in Port Harcourt.

“But in 2022 PDP presidential primary election, he fought tooth and nail to jettison the rotation convention, arguing childishly that it is not applicable to PDP. Hence breached Section 3(c) of PDP’s Constitution. Some of us Southerners are as hurt as Northern Christians over this willful breach.”

“Yes, faith balance is very important in building bonds of inclusion, so is rotation convention which bonds north and south, and cements inclusion and corporate existence. This is why I continue to salute APC’s Northern Governors, majority of whom unlike PDP’s Governors by this noble patriotism, restored equity, natural justice and national loyalty in our clime.

“If PDP Governors had obeyed rotation convention from north to south, to be honest there wouldn’t be the imperative of APC’s Muslim-Muslim ticket. They cannot benefit from their negligence. I stand to be contradicted,” Okechukwu stated emphatically.

On the anger of the Northern Christians over a seeming premeditated plan to exclude all Christians in both the APC party structure and government, Okechukwu maintained that he shares their plight, assuring that such marginalisation would not repeat itself under Asiwaju Bola Ahmed Tinubu as President.

He said every Nigerian knew Tinubu’s antecedents as Governor of Lagos State, describing him as a master of sourcing for the best from every creed, tribe and tongue.

“I maintain that the next APC’s Federal Government must, as a matter of urgent national importance, adopt the good policies of the current administration, contain the palpable insecurity in the land and build new bonds of brotherhood.”

He summed up that throughout history there were no two successive regimes that were identical in every particular matter.

“In fact, it is only President Buhari’s regime that has the credit record of continuity of 98% of abandoned and ongoing roads, rails, and other infrastructural projects in Nigeria, both at federal, state and local councils for over five decades”.