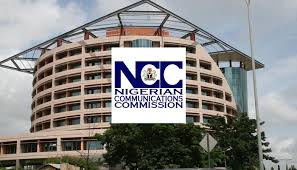 Danbatta made the disclosure at a virtual webinar organised by the Nigerian-British Chamber of Commerce (NBCC) tagged: “Nigeria’s Telecommunication Industry-Post COVID”.

He stated that the technologies, inclusive of 5G, broadband satellite services , high altitude platform services, and others would address the dearth of infrastructure and services.

“We will create additional areas of investments with the opening of new spectrum, especially for broadband deployment in both urban and rural areas, and facilitate fibre deployment through initiatives such as the infocomm.

“NCC is committed to the provision of infrastructure, transparency and ease of doing business in Nigeria,” he said.

Danbatta, represented by Mr Babagana Digima, Head, Digital Economy Department, NCC, added that some operators had reported an  increase in data usage and volume of calls.

This had in turn raised the demands for better network connectivity and improved internet coverage, especially in the rural areas, he said.

Danbatta said that  the telecommunications industry was committed to the delivery of  better service and internet infrastructure that would provide quality service and experience as well as  address customers’ complaints.

“Some of the complaints raised  by the customers during the pandemic were attributed to poor mobile network signals’ absorption and low internet speed.

“The immense contribution of the telecommunications industry during this pandemic is undoubtable because it has managed to keep people connected ,informed, entertained and enlightened about  the disease which has helped in curtailing its spread.

“Governments worldwide, especially in developing countries like ours,  have since recognised the need for telecommunications’ infrastructure.

“The pandemic has laid bare the urgency of such interventions,” he said.

Ogunsanya, in his presentation, said that  the SMEs were most hit by the impact of the COVID-19 pandemic and Airtel had created incentives and discounts for them to support their businesses.

This, he said, was the company’s ultimate objective to reduce the digital divide between those who have access to internet and those who do not.

According to him, access to the  internet is key and imperative because it acts as a leveler that provides information opportunities to small and big businesses alike.

Ogunsanya said that contrary to conventional thinking, the telecommunications industry recorded a decline in its revenue in the first month after the lockdown.

President Muhammadu  Buhari announced a total lockdown  in Lagos State, Ogun  and the Federal Capital Territory  in March 2020  to curb the spread of the COVID-19 virus.

Ogunsanya said that the pandemic had transformed the conventional ways of carrying out  businesses, with online engagements becoming more popular.

“The impact has been huge on social and economic activities but we thank the authorities for creating a good environment for the virus to be contained very quickly.

“The telecoms industry is not isolated from the main economy and you can see the impact on the five key areas of the GDP.

“There was an initial reduction in consumer spending on telecoms services and products and a rise in the  demands for data services at the initial stage of the lockdown.

“We got a decline in the second quarter and a lot of pressure is being put on us to increase capital expenditure as a result of increased back haul requirements,” he said.