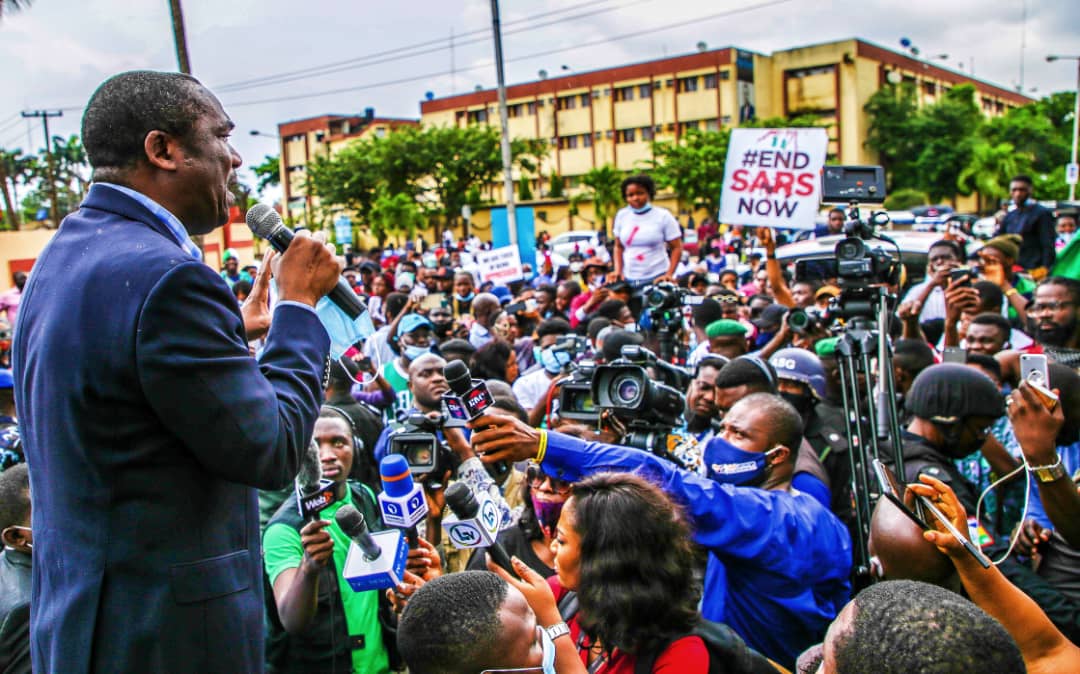 The attention of the Lagos State Government has been drawn to some unverified reports in the social media alleging that the government sponsored thugs to disrupt the #EndSARS protest. This is untrue and wicked.

Such wild allegations were obviously concocted by enemies of peace and orderliness to whip up sentiments against the government, which has been doing everything possible to resolve the crisis by identifying with our youths in their efforts towards police reforms.

Governor Babajide Sanwo-Olu will this evening address Lagosians on the crisis.

The Governor has been preaching peace. So has the Deputy Governor, who addressed the protesters last Friday. The Governor has addressed them twice – at the Lekki Toll Gate and at the House of Assembly. He even carried a placard and marched with the youths after assuring them that he felt their pains and that it was legitimate for them to protest.

Besides, the Governor visited the President to tender their five-point demand. He ensured that all the protesters arrested by the police were released unconditionally.

The enemies of progress who are not happy that Lagos is not on fire are the ones fueling the infernal lies that the government was sponsoring thugs to attack our protesting youths. They have been posting on the social media pictures suggesting that a Lagos Bus Service  vehicle was conveying thugs. The bus in question was on its normal operation when it ran into a group of protesters. The passengers, who felt endangered, rushed out of the bus. They returned to continue their journey after the charging crowd had left.

As a government, we will never encourage thuggery or any act of violence that may put the lives and businesses of Lagosians at risk. We are strongly committed to ensuring that our youths, who have taken to the streets to air their views, are well protected.

This should be a sober time for us all as we struggle to reverse the negative effects of COVID-19 on our economic and social lives, even as the experts are warning that a second wave is likely if we shun the safety guidelines we have all agreed to embrace.