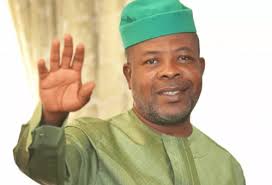 The last may not have been heard about the Imo State governorship seat as former Emeka Ihedioha, returns to the Supreme Court to seek a review of the judgment that removed him from office.

The court had on January 14, 2020 sacked Ihedioha of the Peoples Democratic Party (PDP) on the ground that he did not score the lawful majority votes in the March 9, 2019 governorship election. In his place, the apex court, after adding the cancelled results of the 388 polling units to the votes scored by Senator Hope Uzodinma of the All Progressives Congress (APC), ordered that he be immediately sworn in as the duly elected governor.

In a unanimous judgment delivered by Justice Kudirat Kekere-Ekun, the apex court held that Ihedioha was not duly elected and that “his election was void and illegal.”

The court consequently set aside the judgment of the Imo State Governorship Election Petition Tribunal and that of the Court of Appeal, both of which had refused to recognise the votes from the 388 polling units and to accept that the results were unlawfully excluded in the general collation.

The Guardian obtained a certified-true-copy of the record of the appeal filed at the Supreme Court by Uzodinma and APC, issued by Nwana Ejike, Registrar of the Court of Appeal, Owerri, from an earlier record compiled by Ibrahim Garba, Secretary of the Imo State Election Petition Tribunal, which shows that there were mathematical and factual inconsistencies which the apex court ignored.

In the records tendered at the tribunal, Uzodinma, from pages 9 to 27 of his petition, drew a table of votes allocation which he claimed were the figures obtained from the duplicate copies of Forms EC8A handed over to his party agents at the 388 polling units, the results of which were excluded in the overall result of the election.

But the table does not indicate either the total number of accredited voters or the number of invalid votes, if any, and the votes allocated to the remaining 68 candidates that contested the election, aside from Uzodinma and Ihedioha.

Also, the duplicate Forms EC8A tendered by the PW54, Deputy Commissioner of Police (DCP), Rabiu Hussein, showed that there were no fewer than six polling units where more votes were recorded above the registered number of voters.

For instance, on figure number 69 which shows votes cast at Eziama/Okpala (Umualum Village Square, Eziama), the total number of registered voters was 492, whereas the table shows that the APC scored 819 votes and PDP scored 7 votes, meaning that 334 more votes than the registered voters were recorded, apart from the votes polled by the other candidates at the election that were not shown on the table.

Similarly, on page 22 of the petition referencing polling unit 282, the number of registered voters was put at 591, whereas the tabulation shows that APC polled 586 votes and PDP nine votes, indicating a total of four votes higher than the registered number of voters. This, again, excluded the votes scored by the other candidates.

On the same page 22 of the record, at the polling unit 285 (Obudi/Aro, Central Assembly Square, Unusable 11) with 449 registered voters, APC was credited with 780 votes and PDP with four votes, leaving a total of 335 votes higher than the actual number of registered voters.

Figures obtained from page 79 of the record of appeal under item 384 show that APC scored 526 votes, while PDP was credited with two votes, and the total votes cast was put at 526, indicating two votes higher than the total number registered voters in the area.

But in its judgment, the Supreme Court said that the votes from the disputed 388 polling units were wrongly excluded from the votes of Uzodinma.

By relying on the tabulation made by Uzodinma, the Supreme Court arrived at a figure of 950,952 votes, which is more than the 823,743 votes cast at the election, thereby affirming 127,209 excess votes.

Criticism has continued to trail the Supreme Court judgment since it was delivered, with protest rallies held in Imo and other states in the south east.

A coalition of civil society organisations yesterday called on the Supreme Court to view the judgment.

The group held that going through the briefs of argument among the parties, it was obvious that as citizens, “the judgment read by the Supreme Court did not accord with common sense and did not seem to meet the ends of justice.”

The spokesman of the coalition of over 10 groups and Executive Director, Abuja Discussion Group, Dr. Manzo Abubakar, chronicled several alleged anomalies in the judgment and asked the apex court to rescind itself even if it means invoking the ‘judicial doctrine of necessity.’

According to Abubakar, it is only by so doing that the Supreme Court can restore justice, peace, hope and faith in the nation’s democracy and regain the confidence of the people in the judiciary.

“The confidence of Nigerians in the judiciary is at the lowest and we believe that the Supreme Court can help to restore it and save future elections. The judgment will go down in infamy and may make Nigeria a laughing stock in the comity of nations if not reviewed.”

He added that Section 176 (2b) of the constitution makes it clear that to be declared as governor, a candidate must not only score a majority of total votes cast but also 1/4 of the votes in 2/3 of the local governments of the state.

“It is axiomatic that nowhere in the petition or evidence did the petitioner, (Uzodinma) claim that he met the constitutional requirement of spread to be declared the winner”, the group said.

The groups maintained that with the judgment of January 14, the apex court had denied the Imo people the opportunity to chose their leaders.

While sympathising with their lordships over their heavy workload and short period of time within which to read briefs and give judgment, the coalition said such constraints would have led to the ‘faulty’ judgment.

“To err is human. It would be practically impossible for any human to have read briefs and record of proceedings exceeding 5000 pages in the matter within two hours after hearing, when he also had pressure of time to deliver judgment in the remaining pending governorship appeals. No doubt, this accounted for the mistakes made by the apex court.

“The Supreme Court is supreme and can creatively reinvent its rules to do justice. It is necessary to do so now more than ever to save the Nigerian democracy, constitutionalism and retrieve the judicial and justice system from its present opprobrium,” the groups said.

An Abuja-based legal practitioner, Godwin Emagun, is of the view that the addition by the Supreme Court to Uzodinma’s votes made the total number of votes to exceed the total number of accredited voters in violation of Section 53 of the Electoral Act 2010 (As Amended), particularly Section 8 (b) of the Independent National Electoral Commission (INEC) Guidelines for the 2019 election.

“The Supreme Court cannot accept results without certification. This violates S. 89 (e) and (f ) and 90 (c ) of the Evidence Act 2011 which states that all public documents must be certified before it can be tendered in evidence.”

Emagun said the results from the disputed 388 polling units were neither certified by INEC, who are the issuers of the document, nor the police in whose custody they claimed the documents emanated.

Otome Adamidenyo, another lawyer based in Warri, Delta State and Country Director, Citizens Rights Initiative, said the verdict fell short of the basic legal indices for measuring a fair and unbiased judgment.

He said to have allowed a police officer to tender documents which he was not their author and which served as the foundation upon which the very case stood defeated the fundamental principles of admissibility of documents.

The Head, Legal Unit of the Civil Liberties Organisation (CLO), Princewill Akpakpan, said: “Given the emerging facts arising from the Supreme Court judgment in the gubernatorial election in Imo State, the CLO is of the view that the request for the review of the case is necessary”.

He noted that this would enable the court to look at all the facts to determine whether there were facts that were not at its disposal or the decision was reached per incuriam.

Akpakpan maintained that the review would also make the aggrieved parties and the general public to see that justice has been done even if the court might still reach the same conclusion in the case.

“The review, though I am not sure of the particular rule the PDP may be coming under, would give the opportunity for the court to restore what the public sees as ‘a lost confidence in the case’,” he said.

Already, Ihedioha and his legal team have approached the Supreme Court seeking a review of the judgment.