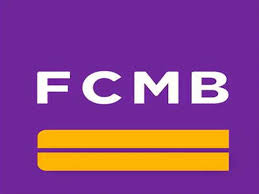 The FCMB Group Plc has released its half year results for the six months ended June 30, 2020.

The group’s profit before tax (PBT) in the period rose by 26 per cent to N11.1 billion compared to N8.8 billion in the corresponding period in 2019.

Also,  its profit after tax increased by 29 per cent year-on-year to N9.7 billion in the period under review. The bank explained in a statement, that the results translated to a return on average equity (RoAE) of 9.4 per cent and earnings per share of 49 kobo, a year-on-year improvement of 16 per cent and 29 per cent respectively.

The half year results also showed that the Group recorded an increase in gross revenue by nine per cent, to N98.2 billion as against N89.8 billion for the same period last year.

The results showed that the bank’s loans and advances grew by 29 per cent year-on-year and four per cent quarter-on-quarter to N794.6 billion.

Similarly, customer deposits went up by 28 per cent year-on-year and 11 per cent quarter-on-quarter to N1.1 trillion in June 2020, implying a significant increase in confidence in the institution.

According to the results, FCMB Group’s total assets surged upward by 31 per cent year-on-year and four per cent quarter-on-quarter to N1.97 trillion as at June 2020.

The Group’s capital adequacy ratio stood at 17.3 per cent, above the minimum requirement set by the Central Bank of Nigeria, while its liquidity ratio was 32.2 per cent.