Sanwo-Olu harps on due process, prudence in public spending, as audit service commission is constituted 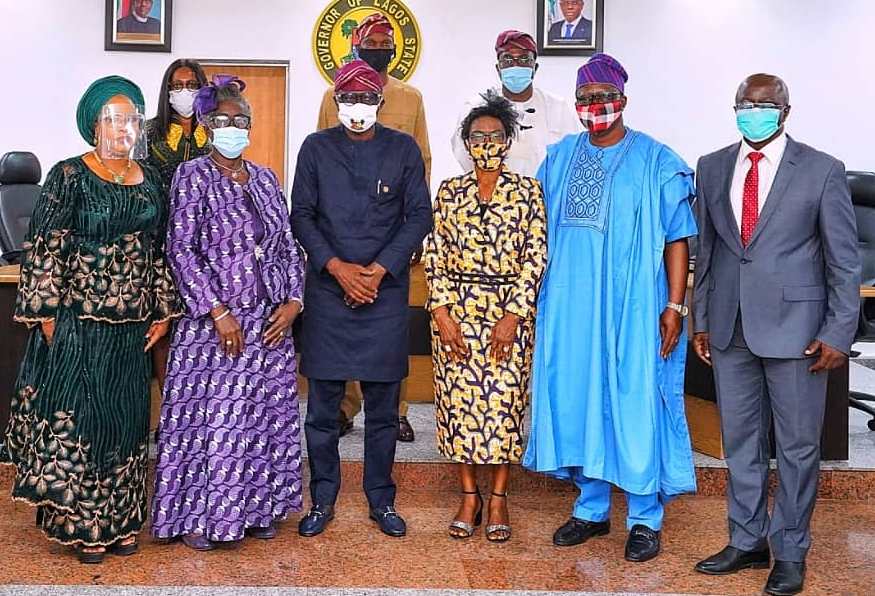 Lagos State Governor, Mr. Babajide Sanwo-Olu, has said his administration places high premium on compliance to due process, probity and accountability in the management of public finances. He said his Government will not waiver in strengthening processes that would promote prudence and transparency in the expenditure of public revenue.

Sanwo-Olu made this known on Tuesday at the swearing-in of newly appointed commissioners of the Lagos State Audit Service Commission. The ceremony was held at the Council Chamber at the State House in Alausa.

With deep-rooted culture of professionalism already established in the Lagos public service, the Governor said the need to bring a corps of competent professional and thoroughbred auditors on board in all ministries, department and agencies (MDAs) could not be over emphasised.

This, Sanwo-Olu said, informed the need to appoint the commissioners based on their pedigrees and track records in their respective professional callings. He said the audit commissioners would be saddled with the responsibility of superintending over issues of recruitment, discipline, promotion and career management of audit staff and officers of the State Government.

He said: “The need for a corps of competent, professional and thoroughbred auditors in all our MDAs cannot be overemphasised. As an administration, we will continue to place high premium on probity, accountability and compliance with due process in the management of public funds. I heartily congratulate the newly sworn in Chairman and members of the Audit Service Commission for being considered worthy of the appointment to serve the Government and people of Lagos.

“For the next five years, these professionals will be saddled with the responsibility of superintending over issues of recruitment, discipline, promotion and career management of audit staff and officers of the State government. As members of the Commission, your responsibility is statutory and very crucial in determining the quality of service that will be delivered by auditors in the employment of the State public service.

“The success in the discharge of your responsibility begins by ensuring a recruitment process that emphasises competence, professionalism and integrity. This must be complemented by a discipline and promotion regimes that are based on fairness justice and a reward process driven by quality of performance measured against set standards.”

The Governor said he nurtured no doubt the commissioners would see their appointment as a call to service, urging them to bring their “impressive” knowledge, pedigree and professionalism to bear in carrying out their duties.

Giving her vote of assurance, the Audit Service Commission chairman, Mrs. Oluwatoyin Adegbuyi-Onikoyi, a retired Permanent Secretary, assured the Governor that the members would give in their best to justify the confidence reposed in them.

She said the Commission, in line with its vision to be a world-class audit organisation committed to excellence in public service, would focus on building a highly motivated workforce committed to professionalism, prudence and technical skills on audit policy issues.

She said: “The relevance of the Audit Service Commission to realisation of the administration’s T.H.E.M.E.S agenda can be seen from the onerous responsibility imposed on it by the Lagos State Audit Service Law of 2015. By diligent prosecution of our mandate, the Government’s development agenda will be reinforced by ensuring value for money, especially making sure that tax-payers’ money is well utilised.”

She also promised that the Commission would put machineries in place to enhance transparency, probity, accountability and integrity in public revenue and expenditure.