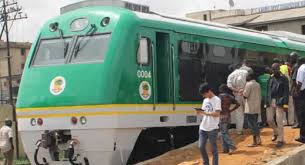 Amaechi disclosed this while test running the new coaches recently deployed on the route on Saturday.

The train services were shut down to curtail the spread of COVID-19 in the country.

According to the minister, there have been pressure from several quarters to resume the railway service before Sallah.

He said: ”We will resume the Abuja-Kaduna train service on Wednesday, July 29.

On the fare, Amaechi said after due considerations, President Muhammadu Buhari agreed that the fare be reviewed to accommodate well meaning Nigerians.

He said the fare for the economy class was reviewed to N3000 and the Business class, N6000.

According to the Minister, most passengers are of the opinion that the fare was nothing compared to the risk of kidnappers on the road.

He reiterated that measures were already in place to ensure all safety precautions were taken to curtail the spread of COVID-19 to citizens.

The Managing Director, Nigeria Railway Corporation(NRC), Fidet Okhiria, said the corporation was ready for the resumption on Wednesday.

“We are ready, it is just a matter of calling the essential staff in the station, we have been checking the coaches and warming the locomotives, so we are ready to go,” Okhiria said.

On the frequency of trips on the route, Okhiria said the plan was to get it to 14 trips per day as against the initial eight.

He said for Wednesday, however, only eight trips would be embarked on because of the introduction of the Diesel Multiple Unit (DMU), 10 new coaches and two locomotives that have arrived.

“So the DMU are still on their way from Lagos to Abuja and we have to adjust, don’t forget the ticket for the DMU is not the same as the ordinary coaches so we have to adjust and have those tickets.

“The E-ticket have been approved but it will take time of up to three months for it to come to the door steps.

“While we are doing that, the best move is to be giving out the hard copy of the ticket before the e-ticket starts.

“The fare is not going to be so different from the former, though it will depend on the pleasure that you want.

“For trips that will take off from Kaduna straight to Abuja non-stop, it will be higher than those that will stop at the five stations.

“There are coaches now coming in, some will take 24 passengers , some 56, others 68 and 88 depending on the pleasure that you want”, Okhiria added.