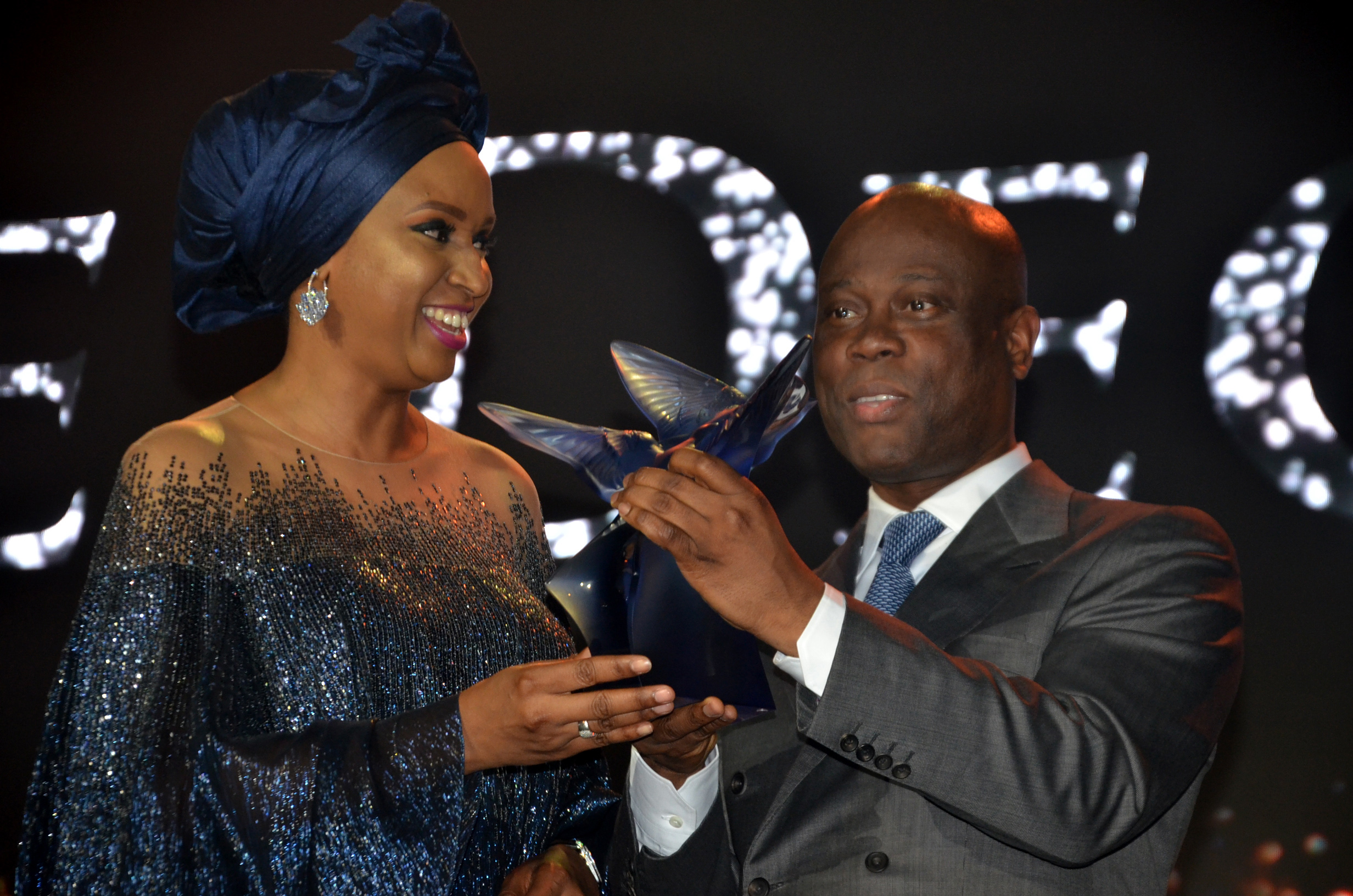 Access Bank and its Group Managing Director, Herbert Wigwe, were honoured as the ‘Bank of the Decade’ and ‘Banker of the Decade’ respectively by THISDAY Newspaper at its 25th anniversary celebration held at the Eko Convention Centre, Lagos, on Wednesday, January 23.
The silver jubilee celebration, was witnessed by dignitaries including former Commonwealth Secretary-General, Emeka Anyaoku; Afenifere chieftain, Ayo Adebanjo; founder of Dangote Group, Aliko Dangote; Managing Director of the Nigerian National Petroleum Corporation (NNPC), Mele Kyari; and former Governor of Anambra State, Peter Obi.
Receiving the awards, Wigwe attributed his success to the collective effort of all employees of the Bank and customers, saying, “It is such an honour to be recognized by such a prestigious platform, renowned for its work in unbiased and qualitative reportage. This award is dedicated to all members of staff who have worked tirelessly to ensure the growth and success of the Bank and all its subsidiaries. Furthermore, we thank all 32 million of our customers who trust us as we continue our journey to being Africa’s gateway to the world”.
Over the past decade, Herbert Wigwe has overseen the growth of Access Bank, from a relatively small bank into Africa’s largest retail bank. Wigwe has closed a series of strategic high-profile mergers, while pushing and driving participation in community-focused initiatives that have endeared the bank to its customers. Since the completion of its merger with Diamond Bank, Access Bank’s customer base has grown from about 13 million to 32 million.
With subsidiaries and rep offices in 13 countries – Ghana, United Kingdom, UAE, China, Lebanon, India, Sierra Leone, Gambia, Rwanda, Zambia, Congo, Cameroon and most recently Kenya – Access Bank continues to defy critics, strengthening its place as a powerhouse in the Nigerian and indeed African banking industry.