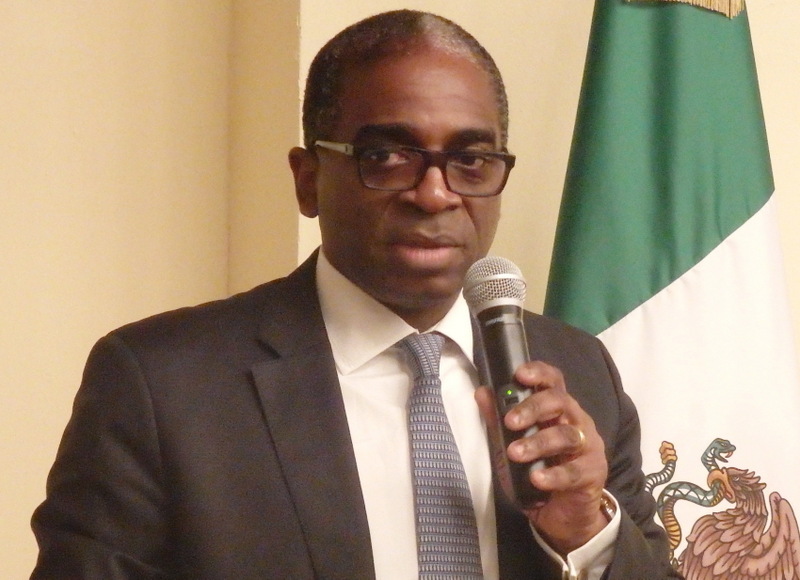 The Nigerian Government is aiming towards an annual non-oil export revenue of $100 billion (about ₦30.5 trillion, at ₦305 per dollar exchange rate) through the implementation of the Zero Oil Plan.

The projection is contained in a document prepared by the Nigerian Export Promotion Council showing how the plan is to be implemented.

The Zero Oil Plan is NEPC’s strategy to replace oil as a major national foreign exchange earner by growing non-oil export to reach about 20 per cent of the country’s Gross Domestic Product.

According to the document, while non-oil products are still exported to key destinations around the world from Nigeria, the immediate priority of government is to concentrate on new export products where Nigeria can earn between 40 per cent and 50 per cent of what it earned from oil in the past.

Through the plan, NEPC has identified 22 priority countries as markets for Nigerian products while 11 strategic products with high financial value have also been identified to replace oil.

The document read in part, “Nigeria’s trade has been largely driven by exports of petroleum products, which contribute about 17 per cent to the nation’s GDP, signifying about 90 per cent of total merchandise exports and more than 65 per cent of government’s income.

“This revenue boom has been threatened by a sharp drop in the global price of oil particularly as a result of the United States, introduction of the shale oil leading to severe economic stress.

“NEPC’s vision is to replace oil as a major national foreign exchange earner by growing non-oil export to $30bn in the next 10 years and eventually to $100bn annually based on its Zero Oil Plan.”

The Executive Director/Chief Executive Officer, NEPC, Mr. Segun Awolowo, said if the country could effectively key into the plan of the commission in taking advantage of the opportunities in the agricultural sector, there would not be any need to depend on oil revenue for survival.

He said the volatility in the oil market had made it imperative for the government to look inwards, adding that Nigeria could no longer depend solely on oil revenue for implementation of government’s programme.

For instance, the NEPC boss said between 2014 and 2016, the country recorded a total oil revenue shortfall of $40bn.

He said as a result of the volatile nature of the oil market, the country could no longer depend on such commodity, and needed to partner Nigerians in the Diaspora to diversify the economy.

“We are targeting manufacturing and industry so that we can produce and export more.”

He expressed optimism that the plan would achieve significant success if all stakeholders collaborated with the NEPC, noting that the ultimate goal of the agency was for Nigeria to survive in a world where it would no longer sell oil.

Editor Benson Erutu, is a news writer, a too serious news writer on Nigeria Federal, States and Local Government. He's interviewed politicians, senators and written tonnes of articles on news from around Africa, World at large. He studied political science and a M.Sc holder. facebook.com/bensontu