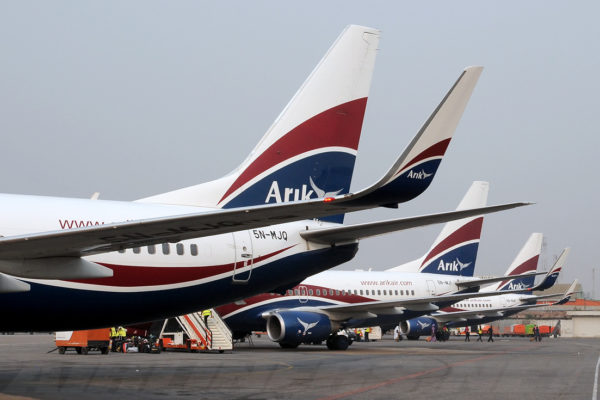 The Asset Management Company of Nigeria-appointed management of Arik Air has said that as a result of the rot in the airline, it is being forced to make refunds of between N60m and N75m to dissatisfied customers on a weekly basis.

According to the Chief Executive Officer, Arik Air, Capt. Roy Ilegbodu, the new management has been saddled with the unpleasant task of making refunds to customers, especially those who had bought tickets on the international routes before AMCON took over the ailing airline, which led to the suspension of flights to foreign destinations.

Presenting a scorecard of the AMCON-appointed management since it took over the airline on February 9, 2017, at a forum in Lagos on Tuesday, Ilegbodu said its international operations would remain suspended until certain things were sorted out, adding that there was no reason to rush back.

He said AMCON had so far injected N1.5bn in Arik since its takeover so as to safeguard its operations, adding that the fund had helped in stabilising the airline’s operations, prevented its collapse and ensured the payment of staff salaries.

“When we started on February 9, we took our time to study what was on ground in Arik. It was quite interesting and disturbing for an airline with 30 airplanes on its books to have only eight functional,” Ilegbodu said.

Through the restructuring of the company’s many debts, among other measures taken, including the purchase of spare parts, he added that the carrier hoped to put 14 aircraft in the air by the middle of this month.

The CEO said that the company was engaging its creditors on the way forward, adding that the receiver manager was currently in London to discuss with foreign creditors.

According to him, the outcome of the audit of the airline by KPMG will enable the government to decide on the next line of action.

“We are all looking forward to the closure of the audit because it will show the true position of the company,” he said.

Author Bayo Alaga writes sweet, catchy, business analysis also a tech lover. His loves to fix gadget and surprisingly keeps up with latest stories on stock, bond, market and commodities. A graduate of Marketing from UNILAG, and resides in Lagos. facebook.com/BayoAlaga_ twitter: @BayoAlaga_