American man reveals why he joined ISIS, turn self in 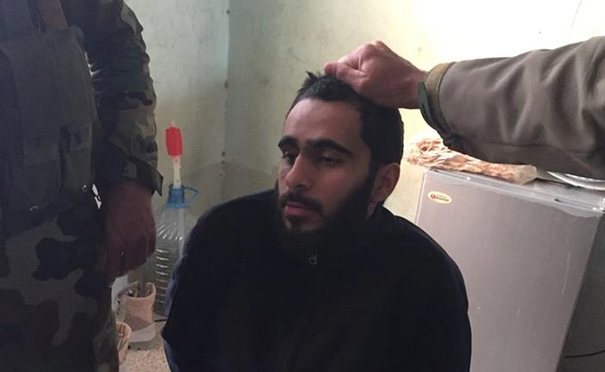 A 26-year-old American man who surrendered Monday after fighting with the Islamic State of Iraq and Syria (ISIS) for several months said he was “not thinking straight” when he left the U.S. to join the terror group.

According to CBS reporter, Mohamad Jamal Khweis turned himself in to Iraqi Kurdish forces in northern Iraq in Monday.

In an interview with Kurdistan24, Khweis said he left his hometown of Alexandria, Virginia in mid-December and then traveled through Europe and eventually to Turkey, where he met an Iraqi girl from Mosul. The pair crossed into Syria and arrived in Mosul by the middle of January.

“I made a bad decision to go… to Mosul,” Khweis said. “At the time I made the decision, I was not thinking straight. On the way there I regretted, and I wanted to go back home after things didn’t work out and saw myself living in such an environment.”

Khweis said his parents moved to the U.S. from the Palestinian territories decades ago and that he attended mosques “not that frequent(ly)” before leaving home. He did not elaborate on why he decided to join ISIS.

“I stayed there about a month, and I found it very, very hard to live there. I decided to return back home,” Khweis said.

He arranged with someone to take him back to the Turkish border, but said the man only took him as far as northern Iraq, where he approached Kurish peshmerga forces at the village of Golat near Tal Afar.

It is unclear when Khweis will return to the U.S., but the Department of Justice is already planning to file charges against him, Palmer reported.