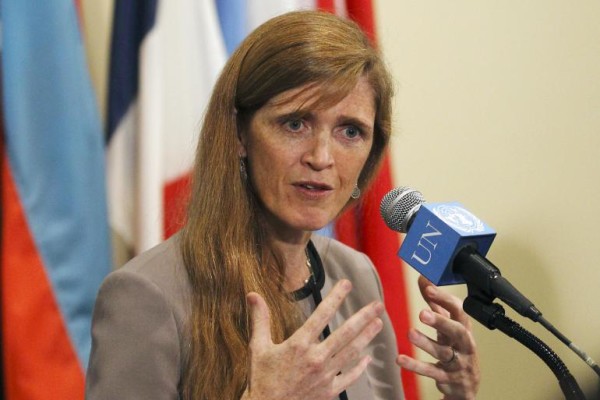 The African Media Hub of the U.S. Department of State, in a statement, said Power also called for a regional strategy to disrupt Boko Haram’s hideouts, weapons’ flow and means of recruitment.

“The repeated attacks by Boko Haram, which have killed 27 in the Lake Chad region, require viable military action and a wider regional strategy to disrupt their safe havens, weapons’ flow and recruitment.

The statement also said it was imperative for government to ensure that the rule of law was returned to the affected parts of the Northeast.

It added that the U.S. envoy stressed the importance of “decisively combating and defeating armed groups” in Nigeria.

The statement added that the perpetrators of violence and terrorism in the country needed to be held accountable while the internally displaced persons (IDPs) kept in safe places.

“It is really important for leaders to begin to look at the welfare of their societies.

“They should ensure stability and inclusive governance to ensure that basic dignity and human rights are protected,’’ it said.