Nigeria Wouldn’t Have Survived If Jonathan Had Won – Soyinka 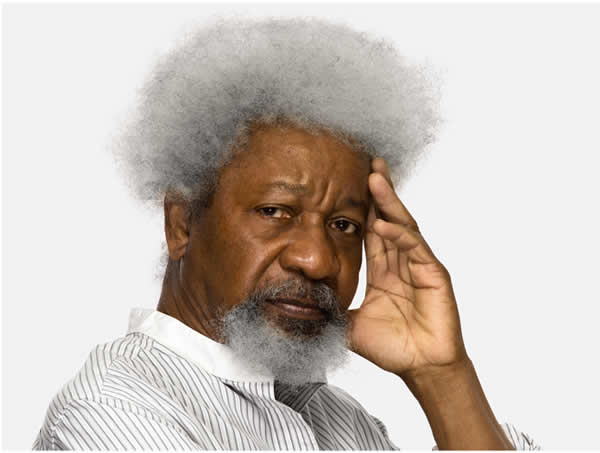 Soyinka added that the revelation of stolen loot such as the arms purchase fraud justified his position that Nigeria was being run aground by the last administration.

The Nobel laureate said this during a programme titled, ‘Channels Book Club’ on Channels Television on Tuesday.

The playwright confessed that he used to have a bad impression of Buhari who he once described as a “devil for whom in my calculation, no spoon existed long enough to justify the risk even of an impromptu snack.”

However, Soyinka said many of his trusted companions were able to convince him during the electioneering that Buhari had changed and that the highhandedness that characterised his military rule in the 1980s could not be repeated during a democratic rule.

He said, “We were left with two credible contestants in terms of catchment area for the nation. We had reached, in my view, the bottom. I became convinced that if this country underwent four more years under President Jonathan, the country would run aground completely. I looked at the record and said this cannot go on, this has to stop.

“Then I looked at this man who had contested elections three times before and said he would not contest anymore and then decided to throw his hat in the ring. I talked to people and I said do you know what you’re doing?

“And after weighing all the options, I said let’s try a new one. And since in electoral terms, he was the one, I guardedly, with reservations, announced that no, not a continuation under Jonathan.

“And so very reluctantly, I want this on record, because I made it quite clear, I weighed the two of them and I said this nation stands a better chance under Buhari. And what has been coming out now? Look at all that has been coming out? Look at the figures (loot) which virtually hammer one into the ground just the sheer enormity of the robbery of this nation that is getting exposed progressively. It shows that we did not make a bad choice.”

When asked if he was completely satisfied with Buhari’s six months in office, Soyinka said, “Not totally but Buhari has proven that there is such a thing as a born again democrat.”

Asked his opinion of the recent pro-Biafran agitations, Soyinka said there was a need for the government to meet with pro-Biafran groups to understand the real problem.

The playwright said the government should convoke a fresh National Conference which would address the feelings of pro-Biafran elements.

The octogenarian said the government could not wish away with idea of Biafra because ideas could not be killed.

He said the government should treat the matter dispassionately as there was nothing evil about secession. He noted that Nigeria even ceded the Bakassi peninsula to Cameroun.

Soyinka said, “So, let us sit down, let us talk once again about restructuring the nation in a way that no one will want to leave. The agitations, for me, are not surprising. It was expected that it would happen sooner or later.

“So, I am referring to a genuine and authentic National Conference. Not like the one that former President Olusegun Obasanjo called which was meant to try to perpetuate himself in office.

“The one under Jonathan was extensive; it covered lots and lots of ground. It proposed some far-reaching changes, not far-reaching for me, but far-reaching. It is about time we went back to efforts like that; genuine ones like that.”