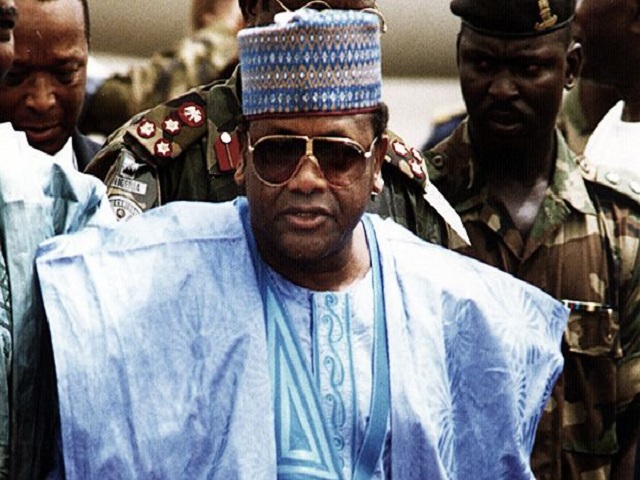 Nigeria is set to receive $321m Abacha loot from Switzerland. A tripartite Memorandum of Understanding (MoU) by Nigeria, Switzerland and the World Bank, which will pave the way for the release of the cash, was signed on Monday. The money is part of the estimated $5billion allegedly looted by Nigeria’s former military leader, the late […]

WINDHOEK (Reuters) – Namibia’s government on Tuesday rejected accusations by the coordinator of the UN Panel of Experts on North Korea who accused the southern African nation of not complying with UN Security Council sanctions against Pyongyang. Namibia said that it rejected allegations that it had not submitted a report for more than a year […]

PRETORIA (Reuters) – South African President Jacob Zuma has asked the High Court to reject a call by an anti-corruption watchdog for an official inquiry into alleged influence-peddling in his government. A report a year ago by South Africa’s anti-graft agency known as Public Protector recommended a judicial probe be held to look into allegations […]

BERLIN (Reuters) – Six crew from a German container vessel have been kidnapped in Nigerian waters, a shipping company said on Tuesday. Four of those taken are Filipino, and one is a Ukrainian national, according to the Philippines department of labour and Ukrainian foreign ministry. Kidnapping for ransom is a common problem in parts of […]

By Katharine Houreld NAIROBI (Reuters) – Kenyan police used bullets and teargas on Tuesday to disperse a small demonstration in Nairobi two days before elections, as the main opposition leader appeared to row back from a call for his supporters to hold protests during the vote. In the western city of Kisumu, around 2,000 demonstrators […]

By Jeffrey Dastin SAN FRANCISCO (Reuters) – Whole Foods Market met a new foe this summer during talks to lease a top retail space in a San Francisco mall: the Target next door. As City Center mall’s largest tenant, Target Corp had a say over changes to the property. According to people familiar with the […]

Ugandan MPs get $8,000 each for work on extending president’s rule: spokesman

By Elias Biryabarema KAMPALA (Reuters) – Ugandan legislators have each pocketed 29 million Ugandan shillings ($8,000) as a payout for consultations on legislation to extend the president’s rule, a parliamentary spokesman said on Tuesday, a move opponents denounced as a bribe. The bill would scrap a constitutional age cap preventing President Yoweri Museveni, 73 and […]

NAIROBI (Reuters) – Kenya’s opposition leader Raila Odinga told a BBC interviewer that he was not calling for protests during repeat presidential elections scheduled for Thursday, but that he wanted supporters to stay at home and boycott the vote. “We have not told people to protest on polling day. We have not said that at […]

RABAT (Reuters) – Moroccan authorities said on Monday they had arrested six suspected Islamic State militants who had been planning attacks. The arrested belonged to a group linked to Islamic State that was dismantled this month which had been active in eight towns and cities and which had planned terrorist operations, an official statement said. […]

DAKAR (Reuters) – The Liberty Party that placed third in the first round of Liberia’s presidential elections on Monday submitted a complaint to the elections commission (NEC), calling for it to annul the result won by former soccer star George Weah, the document showed. If the contents of the Liberty Party (LP) complaint, which was […]

LONDON (Reuters) – Egyptian authorities have accused Reuters and the BBC of “inaccurate coverage” of clashes in the western desert between security forces and armed militants in which police officers and conscripts were killed on Friday.     In a statement, Egypt’s State Information Service (SIS) said Reuters had made “grave professional mistakes” by relying on unidentified security sources and […]