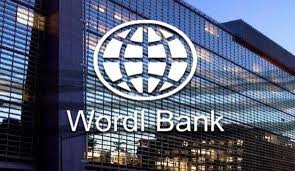 The World Bank has confirmed that discussions on its first tranche of the $3bn loan request to Nigeria have reached advanced stage and projected that the sum would be approved and given to the Nigerian government this year..
The Bank disclosed that the first operation/loan will be approved this year but didn’t say how much it would approve in the first tranche. However, checks by our correspondent revealed that it could be up to $1.5bn.
The Senior External Affairs Officer- Nigeria, Africa External Affairs, World Bank, Mr. Mansur Nasir, while reacting to our correspondent’s enquiry over the deal, said that “the Bank is currently working with the Federal Government to prepare the first operation/loan in the package of financing support discussed at the 2019 Annual Meetings in Washington.”
“The first operation/loan is expected to be approved in 2020. However, this is contingent on progress being made on the ongoing preparations with the Federal Government.” Nasir explained.
Also, when contacted, the Media Adviser to the Minister of Finance, Budget and National Planning Mr. Tanko Yunusa, stated that meetings were still ongoing with the World Bank and as soon as the deal is sealed, the Minister’s office will issue a statement.
He declined to give further details on the matter.
It would be recalled that the Minister of Finance, Budget and National Planning, Mrs. Zainab Ahmed at the annual meetings of the World Bank/IMF in Washington DC, United States of America, presented a loan request of $3bn for intervention in the power sector to the Breton Woods institution.
She had told journalists then that the loan would be used to finance transmission, distribution and offsetting pending obligations in the power sector, adding that it will also help the government end the subsidy regime in the power sector.
Ahmed explained: “The $3bn that we are trying to raise from World Bank is for financing the power sector. This financing will include, covering the cost of the gap between what is provided for in the current tariff, and the cost of the businesses.”
According to her, the loan would also enhance the government’s ability to pay the previous obligations that have crystalized but have not yet been paid.
The minister said the loan would be in three tranches, adding that there is some portions of it that will be for the transmission network.
She pointed out that if the Nigerian government was able to expand the amount to $4bn, the additional $1bn would be used for the distribution network projects and help the country to exit the subsidy that is now inherent in the power sector.
Ahmed explained further that loan is supposed to be used “to reform the power sector, to restore the distribution business side of the sector especially, on a stronger footing so they are freed up enough to be able to go out and raise financing to invest in expanding the distribution network.”
Daily Trust.