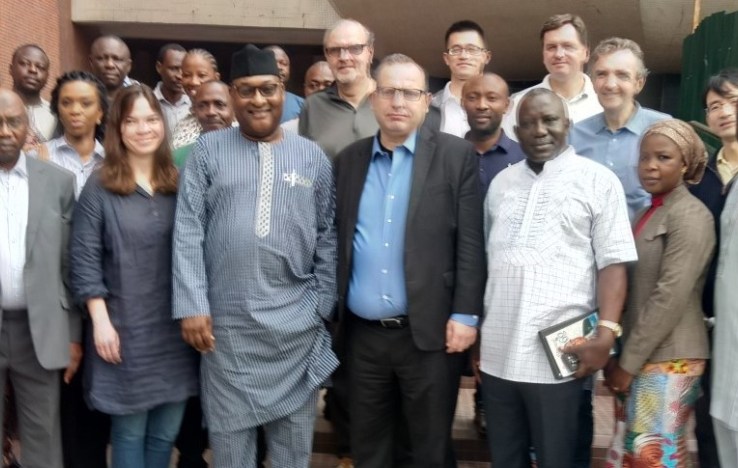 All hands are on deck to improve state of infrastructure at Nigerian Seaports, the Executive Secretary and Chief Executive Officer of Nigerian Shippers Council (NSC), Hassan Bello, has said.
Briefing a delegation of the International Monetary Fund (IMF) under the leadership of Mission Chief Senior Resident For Nigeria African Department, Mr Amine Mati at the weekend in Lagos, Bello explained that various agencies are working as a team to tackle infrastructure challenges in the sector.
Bello, who was accompanied by top management staff of NSC explained that the Council is working round the clock to among others reduce shipping cost by 30 per cent.
According to Bello, connecting the Seaports with rail is also a priority for the Nigerian Government, adding that the problem has been that “we are using one mode of transportation”.
Bello described Nigerian as a major player in the sub-region, noting that Nigerian Ports attracts 40-60% of cargo in the sub region.
Explaining further, Bello said: “We are trying to build first of all, a Port Community System so that we will have operational synergy and then of course National Single Window which is the simplification of all processes. We need to be open and transparent, we have to reduce the corruption at the ports and we need to automate the ports for faster clearance of cargoes”
He added: “What we are doing now is about 18-20 days cargo dwell time. We want to reduce it to seven. We want to attract more cargoes, not only for imports but also for exports.
The IMF team visited APM Terminals, Greedview Development Terminal (GDNL) owned by Dangote and PTML. They were taken round the facilities.
Briefing Journalists after the exercise, the IMF team leader said:“We were able to discuss the port congestion. The clearance time still remains challenging. We are trying to determine the different policies and priorities put in place, particularly the scanners, national single window is very important to accelerate the process, the roads outside the port is also important for efficiency.
“The port is an important aspect of Nigerian economy, particularly in Lagos.
“The Nigerian port is challenging as the stakeholders and agencies are recognizing, some of the challenges are logistics, scanners, single window clearance process, all needs to be accelerated so that goods can be discharged quickly.
“This is part of our field visit, we carry out annual check of the economy to determine the performance and challenges”.