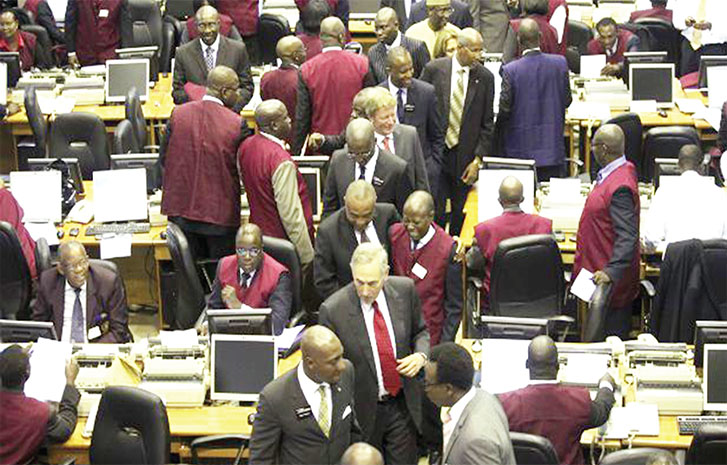 A vibrant commodities exchange trading ecosystem, has been identified by the Federal Government to increase foreign exchange earnings and government revenue for the country.
Vice President, Prof. Yemi Osinbajo, stated this while speaking at a roundtable conference on Nigerian Commodities Trading Ecosystem in Lagos on Thursday, stating that the development of a vibrant commodities trading ecosystem was key to diversifying the economy away from the crude oil.
Osinbajo, who was represented by the Special Adviser to the President on Economic Matters, Dr Yemi Dipeolu, said the commodities trading ecosystem was of paramount interest to the government because the country had an abundance of natural resources.
According to him, the country has a comparative advantage in agriculture, solid minerals and oil and gas, hence, emphasis in the immediate term is the agricultural sector.
Osinbajo said the Federal Government attached great importance to an active and vibrant capital market, which would contribute to national growth and development.
He said in order to achieve the objective, the capital market had to operate at an optimum level, which was why the implementation of the 10-year capital market master plan remained a key priority.
Osinbajo said, “Agriculture accordingly occupies a pride of place in the Federal Government policy as stated on numerous occasions by the President and as articulated in the Economic Recovery and Growth Plan.
“The importance of agriculture was underscored during the last recession as its growth then of about three to four per cent prevented a steeper decline.
“Agriculture is important for food security and as a means of generating a quick production response. It is also important for job creation and employment and for producing the raw materials that go into agro-processing.”
Osinbajo added that vibrant commodities trading ecosystem was, therefore, essential to underpin agricultural transformation in Nigeria as organising production in the agricultural sector would ensure that every part of the value chain contributed to its growth.
The acting Director-General, Securities and Exchange Commission, Ms Mary Uduk, said the commission was collaborating with all relevant stakeholders to implement the 10-year capital market master plan with the aim of making the capital market one of the world’s deepest, most liquid and largest by 2025.
She said one of the crucial initiatives of the plan was to develop a thriving commodities trading ecosystem.
Uduk said, “Currently, our potential as a nation is grossly underutilised in the area of commodities. There is, therefore, the need for these commodities to be efficiently harnessed to the benefits of our consumers, industries and governments.
“We believe that if we can develop and institutionalise a vibrant commodities trading ecosystem in Nigeria, we can substantially address problems such as lack of storage, poor pricing, non-standardisation, as well as low foreign exchange contribution affecting our agriculture and other commodities subsectors.”