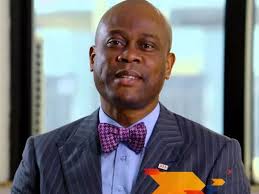 Access Bank Group’s maiden post merger profits audited half year results released to the Nigerian Stock Exchange (NSE), have been impressive, showing impressive digits across all indices, a feat which has led to the bank also declaring an interim dividend of 25 kobo per share to its shareholders.
A breakdown of the group’s impressive performance showed gross earnings of standing at N324.4 billion, up 28 per cent from N253.0 billion in the corresponding period of 2018.

This according to the group, was driven by 46 per cent increase in interest income on the back of continued growth in the Bank’s core business and 22 per cent non-interest income underlined by strong recoveries.

Commenting on the result, Group Managing Director/CEO, Herbert Wigwe said, “Access Bank’s performance in the first half of the year reflects a sustainable business model coupled with effective execution as we make solid gains towards the achievement of our strategic goals”

“Our focus on retail gained momentum during the period, as continued investments in our channels platform resulted in a 29% contribution to gross fee and commission income, up 92% from the corresponding period in 2018. The strong retail contribution demonstrates the effectiveness of our continued drive around low-cost deposits, on the back of an innovative digital platform. Asset quality improved as guided, to 6.4% on the bank of a robust risk management approach. This is expected to trend into the future as we strive to hit and surpass the standard we had built in the industry prior to the merger. Similarly, liquidity ratio improved year on year to 49.7%, reflecting deliberate steps to optimise our balance sheet in order to ensure the group’s liquidity position remains robust.” Wigwe added.
“Going into the second half of the year, our focus is on consolidating momentum and driving access to financial inclusion through our various agency initiatives. Additionally, we will remain disciplined in our efforts to deliver enhanced shareholder value, as we continue to realise the synergies from our newly expanded franchise” he noted.
Access Bank Plc. is a leading full-service commercial Bank operating through a network of more than 670 branches and service outlets, spanning three continents, 12 countries and 31 million customers. The Bank employs 28,000 people in its operations in Nigeria and has subsidiaries in Sub-Saharan Africa and the United Kingdom (with a branch in Dubai, UAE) and representative offices in China, Lebanon and India.
Listed on the Nigerian Stock Exchange since 1998, Access Bank is a diversified financial institution which combines a strong retail customer franchise and digital platform with deep corporate banking expertise and proven risk management and capital management capabilities.