Domestic Airfare Up by 25% on Aviation Fuel Scarcity 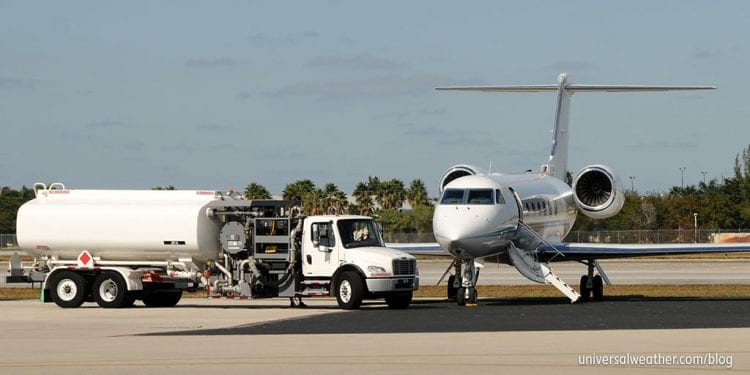 Domestic routes airfare have been hiked by over 25 per cent by airline operators due to the scarcity of aviation fuel.
ThISDAY, reports that Scarcity of aviation fuel, also known as Jet A1, has led to over 20 per cent rise in the price of the fuel, from between N180 and N200 per litre to between N230 and N270 per litre.
This development, it was learnt, forced the airlines to transfer the cost to travellers.
According to travel agents, an average one-way Lagos-Abuja ticket, which was sold for N35,000, if bought 24 hours ahead of the flight time, has now increased to N45,000.
Also, Air Peace’s air fare for same route that used to be N42,000 has increased to between N48,000 and N50,000, while business class costs as much as N89,900 within Nigeria at some airlines.
It was gathered that due to bad roads, the demand for tickets for Lagos to Calabar, Owerri, Enugu, Warri and Benin has remained high with a one-way ticket from Warri to Lagos selling for N54,000.
It was not clear why the scarcity of aviation fuel occurred but an official of one of the oil marketing companies told THISDAY that it was caused by the forces of demand and supply.
The domestic airlines operators told THISDAY that their revenue dropped by N500 million due to the scarcity of aviation fuel.
The non-availability of the product in many cities like Kano, Abuja, Port Harcourt, Warri and Sokoto has forced airlines to tanker fuel from Lagos to other domestic destinations, thereby forcing them to either reduce passengers or luggage in their flights in order to carry more fuel.
This has led to further loss of revenue coupled with delays and cancellations due to scarcity of the product.
It was learnt that Air Peace, for instance, requires about a 400,000 litres of fuel daily as the largest operator, while Dana Air, Aero Contractors, Max Air require from 70,000 to 100, 000 litres of fuel daily and Arik Air’s demands of about 120, 000, totaling over 900,000 litres of aviation fuel.
The operators said the projected loss of N500 million was due to incurred expenses when flights are cancelled, the additional cost of the product due to the scarcity and loss of revenues due to limited number of passengers airlifted as airlines tanker more fuel for return flights.
The CEO of Aero Contractors, Captain Ado Sanusi, told the paper that since the last two weeks, the product has been scarce in Abuja, Sokoto, Port Harcourt and other cities, adding that the prices have increased with limited suppliers.
“We have been forced to cancel flights. We cancelled flights to Warri and Asaba recently because the product came late from our marketers. We queued and waited for our turn but when it reached us and we bought the fuel we could not operate the flight because Warri is a daylight airports,” he said.
Sanusi said the scarcity of aviation fuel had led to increase in air fares, as airlines have to recover the increase by passing the cost to travelers.
He added that they were still losing on the tickets earlier sold to passengers at lower fares for future flights before the increase in the prices of the product.
“Aviation fuel contributes 40 per cent to the total cost of operation. With the recent increase in the prices of the product, fuel is now contributing about 45 per cent of the total cost of operation. Aviation fuel is a major cost driver in the cost index. When it goes up your cost projection will go off the line. This will lead to arbitrary increase in fares for the airlines to recover their losses,” Sanusi said.
He explained that the scarcity gave rise to delays and cancellations, which lead to loss of revenue by the airlines, adding that whatever profits the airline ought to make were chocked by the additional costs.
According to him, the scarcity could be artificial because there is no global scarcity of the product, noting that it is only in Nigeria that the product is scarce but available in neighbouring countries like Ghana, and Togo where some foreign carriers that operate to Nigeria go to buy the product.
The Corporate Communications Manager of Dana Air, Mr. Kingsley Ezenwa, told THISDAY that the price of aviation fuel had increased and lamented the scarcity of the product in Abuja.
He alleged that the marketers might be locking up stock for foreign airlines that operate to the Nnamdi Azikiwe International Airport, Abuja.
“Domestic flights in Abuja have to pre-pay and wait to be allocated the product. Trucks take three days to truck product from Lagos to Abuja and the traffic gridlock at Apapa is not helping matters for loading and trucking. The costs range from N220 to N255 depending on location. The prices of the product are cheaper than outstations because of the trucking,” Ezenwa said.