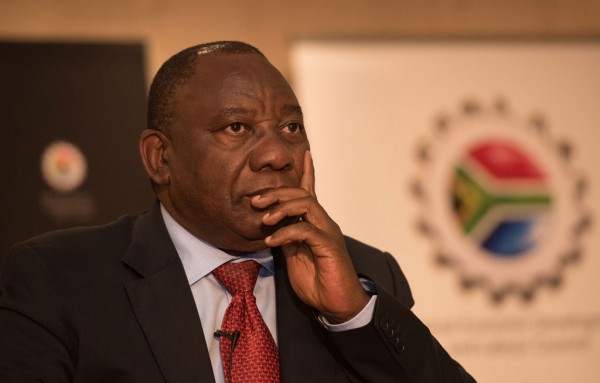 Foreign Affairs Minister, Geoffrey Onyeama says issue of security of Nigerians living in South Africa will be part of discussion as its President, Cyril Ramaphosa, visits Nigeria on Wednesday.

Onyeama told newsmen in Abuja on Tuesday that South African President Ramaphosa would arrive in Abuja for a working visit to Nigeria.

He said that the Federal Government was working hard to ensure that lives of Nigerians living in South Africa were secured.

Onyeama said that the Nigeria and South Africa were serious about the implementation of the early warning mechanism established to address the security issue in South Africa.

“On the issue of the early warning system, we hope to have the Memorandum of Understanding (MOU) signed soon. South African President is going to be here tomorrow,” he said.

Onyeama said that he had met with South African Minister of Foreign Affairs and discussed extensively about the security of Nigerians in South Africa and what to be done to strengthening the security.

“I am discussing with South African Foreign Affairs Minister to put in place the mechanism that will go a long way in addressing the security of Nigerians in South Africa.

“The Minister was very supportive and believed that Nigeria should not be targeted.

“She is ready to do everything possible, including having Nigeria being part of some of security apparatus being put in place to monitor and provide security in the country.”

Onyeama said that the Federal Government was working hard, adding that the country would work with the parties involved including the South African government, Nigerian community and also the Nigerian representatives in the country.

According to him, the Nigeria High Commission and the Consulate General of Nigeria in South Africa will work with the authority to see what they can do to address the issue.

The Consul-General of Nigeria in South Africa made this known by the Vice- Consul (Information and Culture), David Abraham.

“An eye witness account has it that an unknown man made a way into the compound of Mr Ozumba Tochukwu-Lawrence and requested to see him on July 6.

“On being told about his guest, he came out to meet him and the man opened fire on him and shot him six times, resulting in his death before he could reach the hospital.

“The reason behind the sad incident is yet to be established, but this is very unfortunate and condemnable,” Abraham said.

Abraham said that the Nigerian Consulate would, however, continue to advance the welfare and security of Nigerians in South Africa.

“We also call on our citizens to remain calm and eschew violence, as we seek to obtain justice for the deceased and members of his family.”

The Senior Special Assistant to the President on Foreign Affairs and Diaspora, Mrs Abike Dabiri-Erewa, had also expressed worry over the killing of Nigerians in South Africa.

Dabiri-Erewa stated that no fewer than 117 Nigerians were extra-judicially killed in South Africa between 2013 and 2018 for one flimsy reason or the other.