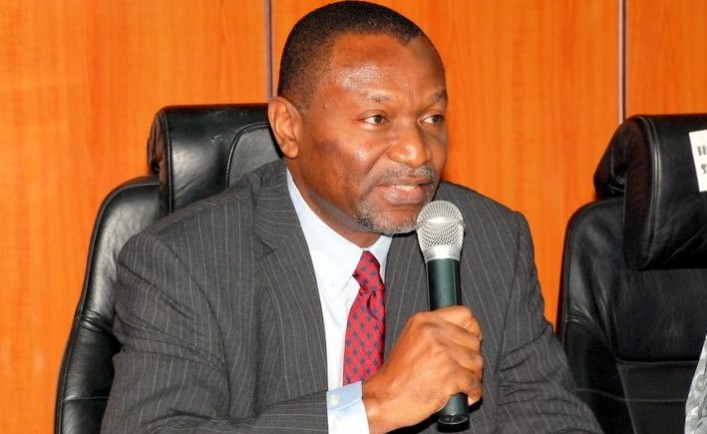 The Federal Government appears more favourably disposed to giving the Organised Private Sector (OPS) the support it needs to play a leading role in the revival of Nigerian economy currently buffeted by recession.

This sentiment was amply demonstrated in Lagos recently, when the Minister of Budget and National Planning, Udoma Udo Udoma, spoke on the efforts of the Muhammadu Buhari-led administration to restructure and restore the nation back to the path of economic buoyancy.

He explained the background to government’s initiative on the Economic Recovery and Growth Plan (ERGP) and how it will rejuvenate the ailing economy.

The Minister also spoke on other economic initiatives of the government, including timely presentation of 2018 budget and tax restructuring, among others.

Thus, with the collapse of oil prices from over $110 in 2014 to as low as $30 in January 2016 and with no fiscal buffers, the economy began a downward spiral. It was further weakened by the widespread corruption of the previous administration, the disruption of oil production in the Niger Delta region, and the gradual loss of confidence in the economy by local and foreign investors.

When the Cabinet was sworn in in November 2015, it was clear to the government that some urgent interventions would be required to stop this slide as quickly as possible and begin the process of restoring confidence. Our first step was to craft an expansionary budget for 2016 with 30 per cent capital provision aimed at injecting the needed fiscal stimulus to reflate the economy and stem the downward spiral we were faced with.

Together with the 2016 budget, we launched the Strategic Implementation Plan (SIP) for the 2016 Budget of Change. The SIP was a compendium of interventions in key priority areas. As a result of these short-term interventions, we have recorded success in some areas such as agriculture and the solid minerals sector, among others.

We followed this up with the development of a more comprehensive medium term plan for 2017 to 2020. This was the Economic Recovery and Growth Plan (ERGP).

It will be recalled that when campaigning for the 2015 elections, President Muhammadu Buhari promised three things. He promised to fight corruption; he promised to restore security; and thirdly, he promised to fix the broken economy. The ERGP is the blueprint the administration intends to use to fix the broken economy. There is no doubt whatsoever that successful implementation of the ERGP will revitalise the economy and put it back on the path of sustained, inclusive, and diversified growth and development.

The ERGP, which is a product of an extensive consultative process with all stakeholders across the country, builds on the SIP and sets out government policy direction for the economy over the medium term. The Plan is intended, not just to get us out of recession, but to put us on a strong, diversified, inclusive, and sustained growth path.

In developing the ERGP, we held consultations with state Governors and Commissioners of Planning and Economic Development of the states. We also held consultations with the leadership and membership of the National Assembly. Among those we consulted were our development partners such as the UNDP, the World Bank and the IMF. We also consulted leading Nigerian economists and development experts. And, most importantly, we consulted the private sector, as this is a plan that requires extensive collaboration with the private sector for its effective implementation.

The success of the Plan depends on the responsiveness of the private sector to the initiatives being rolled out by government under the Plan. As is stated in the executive summary of the Plan, “the role of government in the 21st century must evolve from that of being an omnibus provider of citizen’s needs into a force for eliminating the bottlenecks that impede innovation and market based solutions.”

Another way of putting it is that our role as government is to create the environment for the private sector to invest and create wealth and jobs so that the country can prosper.

The Plan is driven by five principles, which support this fundamental focus. They include: (i) Removing the constraints to growth, particularly supply constraints in fuel, power and foreign exchange; (ii) allowing the market to function to drive optimal behaviour among market participants; (iii) leveraging the power of the private sector by harnessing the dynamism of business and entrepreneurial nature of Nigerians, from MSMEs to the large domestic and multinational corporations; (iv) promoting and strengthening national cohesion and social inclusion, and (v) upholding our core values of discipline, integrity, dignity of labour, social justice, religious tolerance, self-reliance and patriotism.

The Plan has three broad objectives, namely, restoring growth, investing in the Nigerian people to improve their living standards and building an economy that is globally competitive. To achieve these objectives, the Plan outlines five key execution priorities, which include stabilising the macroeconomic environment; investing in agriculture to achieve food security; tackling the country’s protracted energy problem to achieve self-sufficiency in power and petroleum products; improving transportation infrastructure throughout the country and accelerating the pace of the country’s industrialisation, particularly by encouraging the growth of SMEs.

Through this Plan, government is determined to fundamentally change the way we have been operating as a nation. Our aim is to change Nigeria from a nation with high import dependence to one that makes the products it consumes; from a nation that relies on a single commodity for survival to one that runs on multiple engines of growth, such as agriculture, manufacturing, construction, solid minerals and services. Our aim is to change Nigeria from a nation of consumers to a nation of producers. As Mr. President has said, the ERGP is this administration’s blueprint aimed at building a new Nigeria where “we grow what we eat, consume what we make and produce what we use.”

I must say that this administration is very encouraged by the positive feedback we have been receiving on the ERGP. We thank Nigerians for all the words of encouragement.

Also, internationally, the ERGP has been well received. However, we cannot enjoy the benefits of the ERGP unless it is effectively and faithfully implemented. I must admit that as a country, our track record on implementation of our plans has not been very good.

Conscious of this, the ERGP has dedicated a section, Section 7, to implementation. First, we must focus on our priorities; secondly, we must establish clear accountability; thirdly, we must set targets and develop detailed action plans; fourthly, we must mobilise and allocate resources to the priorities; fifthly, we must create an enabling policy and regulatory environment, and finally, we must set up delivery unit or units, to monitor and drive progress.

We know that the level of growth of any economy depends on the level of investments in that economy. Whilst the growth in Government investments is limited by how much tax we can raise, (and we are not thinking of raising the tax rates at this time) private investment is much less constrained. We want, by our policies, to attract a much larger share of available investments into Nigeria. And we want members of the Organised Private Sector to join us in telling the Nigerian story. The story of a country that is ready to partner with genuine investors, whether Nigerian, or foreign, to work together to transform the Nigerian economy.

We are taking steps to ensure that we return to a predictable budget cycle of January to December. This should help the private sector to plan. For this purpose, we have already commenced the process for the preparation of the 2018 budget. Our aim is to submit it to the National Assembly by October this year, to allow them sufficient time for deliberation and passage.

The drop in crude oil receipts has created a revenue challenge. This is why we committed ourselves in the Plan to explore options for generating additional revenues by the restructuring and privatisation of carefully selected public enterprises and assets. Our revenue mobilization efforts also involve, amongst other things, introducing measures to increase our independent revenues from our revenue generating agencies, as well as, cutting out waste by intensifying our current efforts to plug revenue leakages and inefficiencies in government spending. It is in this respect, that the Ag. President recently signed an Executive Order on Submission of Annual Budgetary Estimates by all Statutory and Non-statutory agencies and Federal Government Owned Enterprises.

Furthermore, we are exploring ways of improving our tax revenue by expanding the tax base, as opposed to raising the tax rates. Our tax/GDP rate, currently at about 6%, is one of the lowest in the world. From available statistics, only 214 people in the entire nation of 180 million people pay taxes exceeding N20 million – with all of them based in Lagos State. Of an estimated 69.9 million eligible tax payers, only 14 million are active tax payers. As part of the effort towards improving our revenue performance, the Ag. President, Prof. Yemi Osinbajo recently declared a tax amnesty by signing an Executive Order called the Voluntary Assets and Income Declaration Scheme (VAIDS). This grants tax defaulters a time-limited opportunity to regularize their tax status without penalty.

In‎ the last two years, government has been working hard to lay a solid foundation for attracting private sector investments and improving the ease of doing business in the country. Apart from the Presidential Enabling Business Council (PEBEC), which government established to specifically ensure policy alignment towards improving the investment environment, Government is also embarking on massive infrastructure development aimed at reducing the cost of doing business as well as tackling insecurity to protect lives and investment across the country.

The “visa-on-arrival policy” has also commenced, to facilitate the entry of investors into the country. To further reinforce this, His Excellency, the Ag. President has also signed an Executive Order on the Promotion of Transparency and Efficiency in the Business Environment.

G‎overnment agencies will work with the private sector to support research with a view to developing high quality indigenous products and technologies. Government is committed to supporting made in Nigeria goods and services. In this regard, the acting President has also issued an Executive Order on support for local content in public procurement by MDAs. This will support local production to increase employment opportunities for our unemployed youths.

‎All these initiatives are driven by our determination to achieve the goals we set for ourselves in the Economic Recovery and Growth Plan. We know, however, that this is a plan that needs the active participation of members of OPS, the Nigerian Employers Consultative Association (NECA), for it to achieve its ambitious goals. You represent many of the leading industrialists and manufacturers in Nigeria. It is your success that will encourage new investors to come into Nigeria.