Charly Boy writes Buhari, says ‘Nigerians will die in your hands’, in an open letter 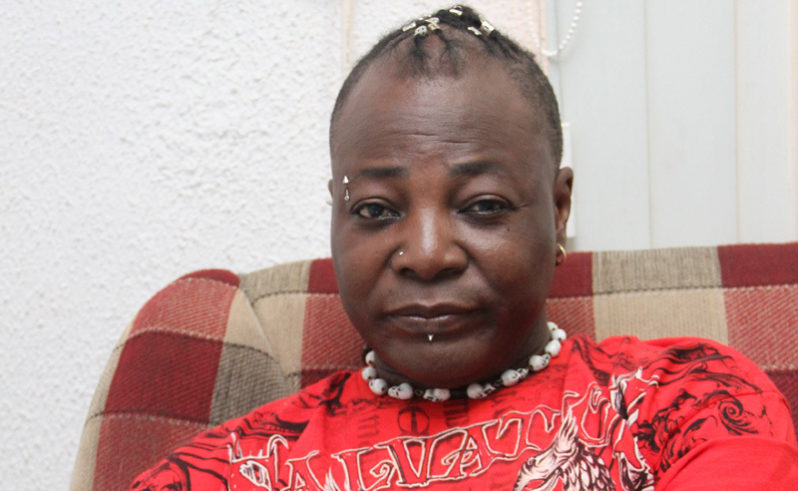 Nigeria’s Controversial showbiz figure Charly Boy Oputa, has written President Muhammadu Buhari to take the bull by the horn and address the challenges else Nigerians will die in his hands.

In a letter shared on his website, Area Fada as he is also accused the president of paying lip service to the welfare of Nigerians, and lopsidedness in his appointments and fight against corruption.

The letter read: Mr President Sir, I trust that this meets you well. I know it has not been easy since you came on board, so many wahalas, so much yawa, frustration and hopelessness. First rule of leadership: everything is your fault. Sir, Nigerians are surely dying and, quickly. They can no longer see the light, they feel the heat.

The welfare of the common man must be your top priority henceforth or God forbid, Nigeria and Nigerians will die in your hands.

Since you assumed office as President of Nigeria, there has been a remarkable dissonance within your government. I wonder who is in charge.

Sometimes I wonder whose thoughts you’re thinking or whose agenda you’re executing; while at other times, I wonder if you are held hostage by the gangsters called The Cabal.

Can you say you are oblivious of the hardship and suffering we all are going through?

I remember two years ago when I visited the Aso villa, then occupied by your predecessor. During our discussion and my lamentation about the nigerian youths I was not particularly shocked by a reaction that seemed like one throwing both hands in the air and saying “Charly, I am held hostage here, I am surrounded by enemies”.

Sir, are you the one in charge or like your predecessor, are you being held hostage by the cabals and obnoxious sycophants, so much so that our plight and cries as Nigerians are none of your concern?

Na wa o, this is certainly not the change we thought you promised or do we just assume that your words don’t mean much?

Oga mi, abegi check the matter, you cannot ignore the five percent of voters who did not vote for you but whose resources the country depends on as alarm don blow, to cater for the 97 percent who voted for you.

This kind “one chance” is sending a wrong signal to the whole country. Sometimes I just wonder how things can function properly when the formation and the foundation of the ruling party is not based on any sound ideology, but on frustration, bitterness, divisive politics and a gathering of strange bedfellows. Kai!!!

Need I say that corruption is not only about stealing funds, it is also about putting bad people in prime positions who have neither the passion nor the qualification to do the bloody job. This form of corruption is crippling Nigeria, meeeen!!!

As I scan through your ministries and key positions, I wonder how come it is full of village friends with the qualification to the post is just to be a clan member.

When leaders, out of fear, realize that their lack of capacity could have consequential effects, they resort to nepotism to protect self.

It should be a terrible thing to look over your shoulder when you are trying to lead, especially if you don’t know who and who is just washing you. Na so.

My people, simple and short, fear dey catch me for the future of our country.

I know that there is no vaccine against mismanagement/incompetence. Most Naijas may have concluded that the CHANGE mantra was only 419. There is great fear in the land, most people are not sure where the country is headed, and what many Nigerians are asking is whether you feel us, your subjects, if you feel our plight at all.

I see so many of my people walking with their heads dangling over their shrinking shoulders, being swept by hunger and poverty in the land of plenty. God are you there?

My people are desperate for someone to believe in, Nigerians needs a Talk and Do Presido, no go-slow for the matter because many things don scatter. We certainly need someone who practically leads us through this pain with sincere action and not mere intents or words.