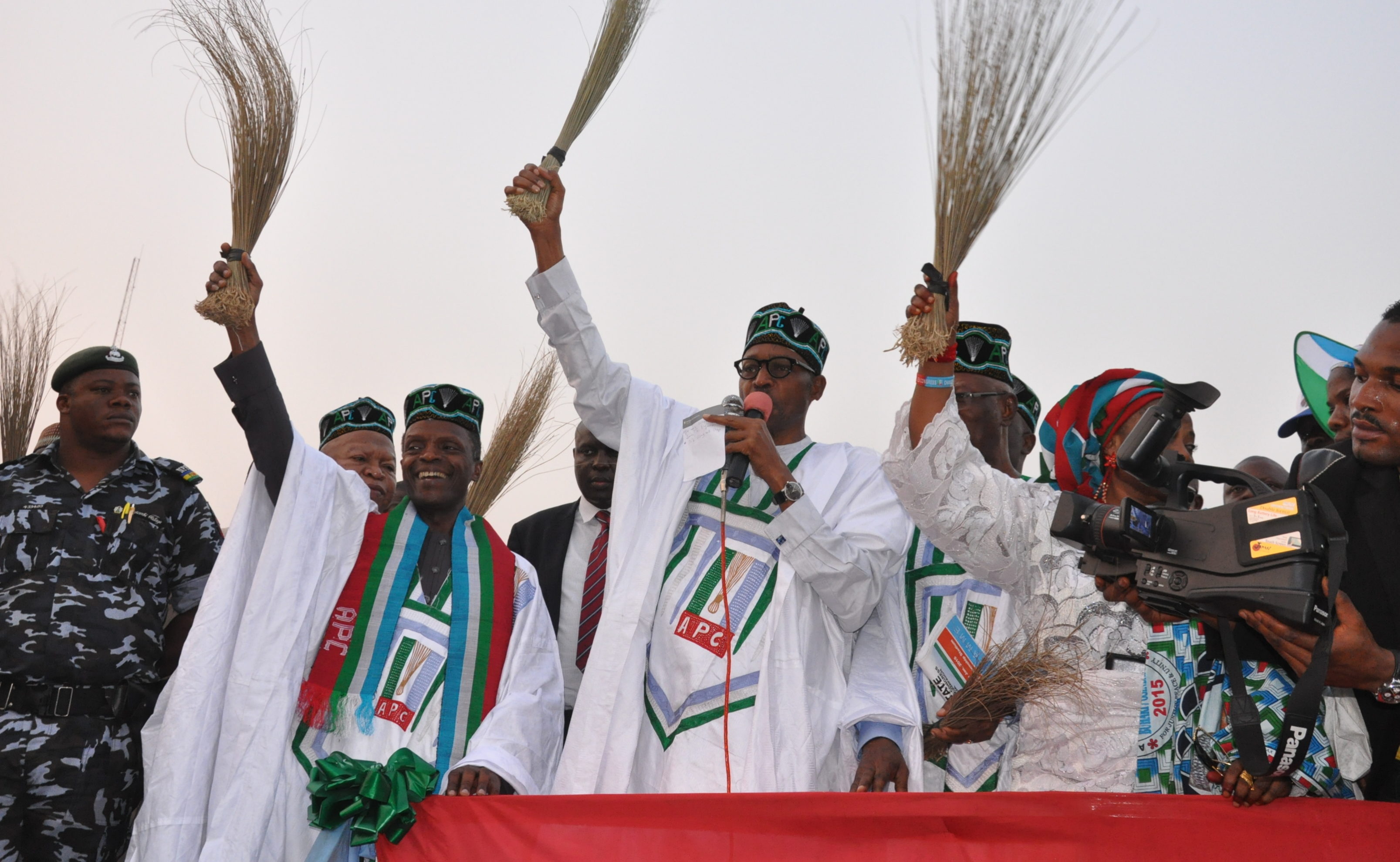 The ruling All Progressives Congress (APC) has again assured Nigerians that the President Muhammadu Buhari APC-led administration remains committed to resuscitating the nation’s economy in the quickest possible time and in the best interest of the people.

The party said the statement by the Peoples Democratic Party (PDP) on Wednesday was the latest in the party’s “insensitive plot to divert attention from the voodoo economics and reckless fiscal policies the country was subjected to during its 16-year rule”.

The party’s statement reads in part: “For the umpteenth time, the PDP lacks the moral basis and credibility to comment or condemn the government on the economy after the mess it left behind. Instead, the PDP must apologize to Nigerians.

The warning signs were glaring to the immediate-past administration but it choose the path of economic sabotage by looking the other way and squandering the country’s commonwealth – a reckless decision that has brought the country to its knees.

Nigerians will recall that even the immediate-past finance minister and coordinating minister of the economy, confessed that the zero political will to save under the immediate-past administration is responsible for the challenges facing the country.

Under the new flexible foreign exchange policy introduced by the Central Bank of Nigeria (CBN) in June 2016, we now have a single market-determined exchange rate which enables suppliers of foreign currencies to bring in their money and take the same out at market-determined rates. The new foreign exchange policy being implemented will ensure our economy recovers in the medium to long term.

As contained in the assented 2016 National Budget, the administration of President Muhammadu Buhari is aggressively formulating and implementing policies aimed at diversifying Nigeria’s economy from oil to other sectors such as agriculture, mining and manufacturing.

The administration is also proactively tackling increased attacks on oil facilities in the Niger Delta region which has led to disruptions in crude production.

The President’s shuttle diplomacy has yielded positive effects on the country’s economic policies. As a result, several agreements concluded during the visits are positively impacting on key sectors of the Nigerian economy including power, solid minerals, agriculture, housing and rail transportation.

The fight against corruption remains a top priority for the President Buhari APC-led administration. In spite of desperate attempts by some partisans to discredit anti-corruption efforts in some quarters, the war against corruption is being won and has been well-received and supported. The generality of Nigerians agree that the days of impunity are over.

Through the full implementation of the Treasury Single Account (TSA) by the President Muhammadu Buhari APC-led administration, revenue leakages have been greatly plugged.

The new petroleum products supply and pricing framework which eliminated corruption-tainted subsidy payments has among others greatly solved fuel scarcities by ensuring availability of products at all locations in the country; reduced hoarding, smuggling and diversion substantially and stabilise price at the actual product price; encouraged investments in both Refineries and Retails; provided Government more revenue to address social and infrastructural needs of the country.

In line with the critical infrastructural focus of the President Muhammadu Buhari administration, an unprecedented 30 per cent of 2016 budgetary provision has been committed to capital projects.

As the administration works assiduously to build a new solid foundation, credible image and pull the country out of the present hardships, the APC appeals for patience and cooperation from Nigerians.”