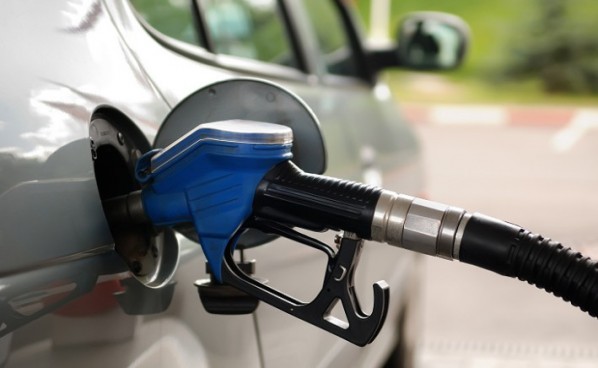 [su_dropcap size=”4″]T[/su_dropcap]HE current fuel scarcity in the country took a turn for the worse on Thursday as motorists and other petrol consumers flocked filling stations in major towns nationwide in what industry stakeholders described as panic buying fuelled by the statement made by the Minister of State for Petroleum Resources, Dr.Ibe Kachikwu, the previous day.

Kachikwu, who is also the Group Managing Director of the Nigerian National Petroleum Corporation, had on Wednesday said despite the efforts being made by the Federal Government, fuel queues would not completely disappear until May.

The statement was said to have also raised the prospect of hoarding of petrol by some marketers who would want to profiteer from the current situation.

On the Otedola Estate and Berger ends of the Lagos-Ibadan Expressway, the Mobil, Capital Oil and Oando filling stations had long queues of desperate motorists and other customers, which spilled onto the road and caused gridlock, while there was no activity at the Conoil and the other Oando station on the axis as of the time one of our correspondents checked.

The minister’s statement also worsened the already bad fuel supply situation in Abuja, Kaduna and Nasarawa states, as hundreds of motorists armed themselves with jerry-cans and besieged the few stations dispensing petrol on Thursday.

Most of them were of the view that since the scarcity would persist for the next two months, it would be wise to fill up their vehicle tanks and stockpile petrol in jerry-cans pending when the situation would improve.

A former President of the Trade Union Congress of Nigeria, Mr. Peter Esele, said, “I think that statement is very unfortunate. If you look at it on the surface, probably the minister just wanted to tell Nigerians the way it is. But again, that is what is on the ground. There is no need for us to colour the challenges that we are facing.”

Esele, however, noted that the comment had created a lot of panic buying in the system, saying, “That is where I actually have an issue with the minister’s statement. He wanted to be upfront. But being upfront means that you can also now unsettle and unbalance the system.

“Right now, what we have is that the system is unsettled based on the minister’s comment. What I would have expected is that he informs his principal, who is the President and Minister of Petroleum, then the principal will now know how to deal with it and communicate to Nigerians effectively.

“Now, we are going to have those (marketers) who even have products who want to hoard and sell at very expensive prices.”

The Chairman, Nigeria Union of Petroleum and Natural Gas Workers, Lagos Zone, Alhaji Tokunbo Korodo, said, “The statement was a little bit blunt. Instead of deceiving Nigerians, he (Kachikwu) made it known to them that there is no magic he can do. It may not be up to that two months because it is not that he is not doing anything; they are doing something tangible.

“The panic buying, which the statement has created, is not good for the system, and it is even portraying this government in bad light. But at the same time, it is a plus to us as Nigerians so that we will prepare very well and be efficient in using fuel.

“The pronouncement is going to create a lot of maximisation of profit by the marketers. Some of them will be hoarding. Can the Department of Petroleum Resources go for any enforcement with this pronouncement? It is not possible because the marketers, if they cannot get it at the controlled price, they will comfortably be selling above the pump price. So, it is a very bad signal.”

However, the Deputy Manager, Public Affairs, DPR, Mr. George Ene-Ita, said the agency would clamp down on any marketer found to be hoarding products.

“For us, it is a routine thing. Our people go out daily and whatever we see there, we take action as appropriate,” he added.

On the Kubwa Expressway, the two NNPC mega stations located on opposite sides of the road had long queues and motorists were determined to buy petrol even in their jerry-cans, despite the fact that the outlets had prohibited the sale of fuel in jerry-cans.

“What do you expect from us after the minister has announced that the scarcity will last till May?” Ogbonnaya Kalu, who armed himself with two 40-litre jerry-cans in front of one of the NNPC mega stations, said.

Queues were also heavy in front of other filling stations like AA Rano, MRS, Conoil and Mobil along the expressway.

Similar situations were observed in the Abuja city centre and in neighbouring states of Nasarawa and Kaduna, as attendants in some of the filling stations were openly collecting N500 from each customer who wished to fill their jerry-cans.

The NNPC on Thursday said it was doing everything possible to end the noticeable fuel queues in most parts of the country in the weeks ahead.

It also stressed that Kachikwu was misquoted on the issue of petrol scarcity dragging on till May.