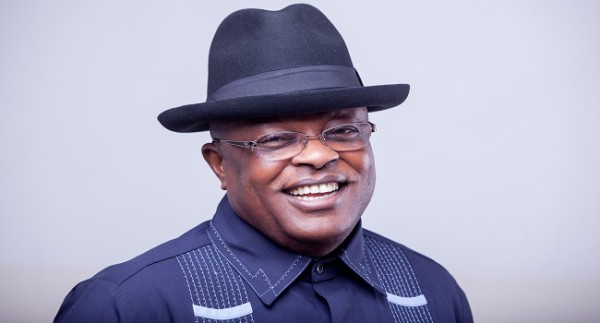 The popular saying that the teachers’ reward is in heaven to justify their suffering on earth is no longer the case in Ebonyi State as the state Governor, Dave Umahi has vowed that the state government would henceforth pay teachers’ salaries on the 15th of every month.“Over the years, various state and Federal Governments had always enjoined teachers to bear their non- payment of salaries and other entitlements as they would be rewarded when they made heaven after their sojourn on earth.

“However, Governor Umahi, who received a delegation of the state council of the Nigeria Union of Teachers, NUT, at the Executive Council, EXCO Chambers in Abakaliki, the state capital, said that his administration would give priority to the payment of teachers’ salaries adding that they must be at the middle of each month in spite of the fact that allocations from the Federation Account get to the states a month in areas.

“According to him, his administration was not prepared to toy with the welfare of teachers because of their importance to the upbringing of future leaders.“Umahi frowned at the poor performance of Ebonyi State students in the West African Examination Council examinations and charged the NUT to re-evaluate its members first before the middle of January 2016, as his administration would re-evaluate the teachers same year, because “we can’t continue to come last in WAEC evaluations.

We need to be one of the top threes.”“He noted that the re-evaluation of teachers was necessary to arrest the dwindling academic standard in the state since “we cannot afford to mortgage the future of our children.”“He, however assured that no teacher would be disengaged as a result of the re-evaluation.

“Umahi told the NUT to liaise with the Commissioner for Education, Prof. John Eke, in a bid to come up with a programme that would enable the government supervise and monitor the schools effectively, even as the government had resolved to put smiles on the faces of its workers in spite of the economic hardship in the country.“His words, “During this Christmas, every teacher must go home with a bag of rice.

EXCO has approved laptop for teachers; but certain measures have to be guaranteed to protect you (teachers). I want the deduction on the teachers to be very low. No teacher should pay more than N2,000 monthly under this programme,” he stressed.“The governor, who accepted the proposal for the establishment of at least one ICT centre in each of the senatorial zones of the state, stated that the government had commenced the training of teachers on ICT to bring them in tandem with development across the world.

“He then directed the managers of the education system in the state to as a matter of state policy re-introduce clubs like the debating societies, press clubs and drama club among others in both the primary and secondary schools in the state to assist in brushing up the students and urged teachers to support the government’s agricultural policies, stressing that the 2016 budget of the state was predicated on Agriculture.

“On the arrears of salaries and leave allowances owed to the teachers, the governor said, “I will appeal to you to look at our circumstances and continue to believe that we are owing you.”“Earlier, the state Chairman of the state NUT, Mr Joseph Nweke, had toldUmahi that they were at the Government House to thank him for his kindness to them in the state.“Nweke, who enumerated various areas teachers had benefited from the government, applauded the governor for his giant strides in infrastructural developments across the state